Having a need to relocate my studio I recently stumbled in to Guggleton Farm……which was purchased, converted and opened in December 1995 by Isabel de Pelet BEM, a well-known figure in Dorset circles and particularly known for her promotion of artists in Dorset, especially the young and up-and-coming. Isabel returned to her childhood love of art after her children had fled the nest. She took a foundation course at Yeovil College, requiring she take related A-levels and then went onto Bristol University of Wessex where she graduated with Honours (Art & Social Context). In December 2014, Isabel received a BEM for her services to the arts.

Guggleton’s principal gallery had been a carthorse stable and the smaller studios were lean-to-calf stalls. Whilst the buildings were converted by Isabel, she made sure that they, and the yard, were sympathetically modernised and still retain their recognisable features, so that locals could remember when/where the herd of cows came up Station Road for milking twice a day.

Over the last year the building that housed the milking parlour has been turned into a further, larger, gallery space; with scope to take works on a bigger scale.

Isabel believes “that artists working alongside and within an active community create a positive way…and…enrich and stimulate all those who involve themselves”.

Guggleton was started to allow newly graduated artists to have studio space for working, supported with guidance and help. Anyway, long story short. I found my studio and a whole lot more…. 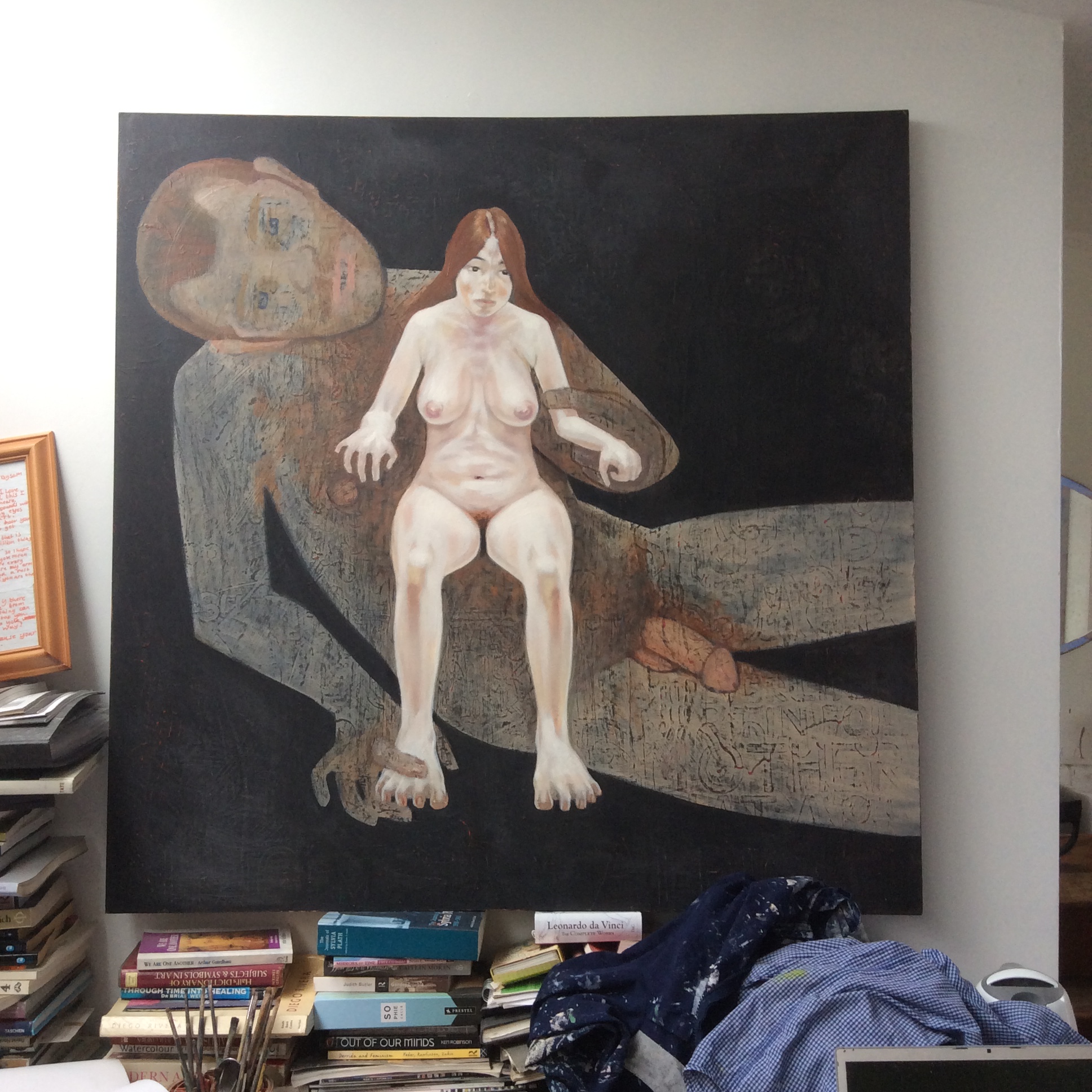