The Madness of Mis

Irish legendary myth has it that Mis was the daughter of a powerful European ruler, Dáire Dóidgheal, who set out to invade Ireland. He landed with a huge army in Ventry, County Kerry, and a battle followed which lasted a year and a day. He was eventually slain by the hero-warrior Fionn mac Cumaill, which ended the battle.

Mis came down in the aftermath to look for her father, and found only his dead body, bleeding, on the beach; overwhelmed by grief, she flung herself across her father’s body, licking and sucking at his bloody wounds to try to heal them, just as an animal might. When this failed to restore him to life, madness overcame her and she rose up into the air like a bird and flew away into the heart of the Sliabh Mis mountains.

Mis lived in the mountains for many years, and grew long trailing fur and feathers to cover her naked skin. She grew great sharp claws with which she attacked and tore to pieces any creature or person she met. She could run like the wind, and no living thing was safe from her. They thought her so dangerous that the people of Kerry created a desert stripped of people and cattle between themselves and the mountains, just for fear of her.

The king Feidlimid Mac Crimthainn, offered a reward to anyone who could capture Her alive. only one person accepted his challenge; a gentle harpist by the name of Dubh Ruis. He set about enticing Mis out of hiding with gentleness, music and offers of love. He coaxed her to a pool and, over days, washed away the dirt and scrubbed away her feathers and fur. He combed her hair, and fed her, and made a bed for her. And eventually, he brought her back to civilisation, and married her.

‘I love the story of Mis; I believe it contains a necessary lesson for women in these times. Sometimes, anger and grief is a necessary precursor to transformation. Sometimes, we need to let the wild woman rage. To grow feathers and fur, and run wild through the woods. Sometimes, we need to bite. To stop being nice and talking about love and light and thinking that we can make the world a better place just by pretending that it’s so, or that we can make Donald Trump a better man by sending him love and light through the ether. These are dark days in our history, and dark days for women. If women want to change that, we need to take hold of that pure, honest energy which fuels our necessary rage and grief, and use it next for transformation. Find the hag energy. Use it. Transmute it; transform it. It’s what all good alchemists do, and women are born alchemists’

‘Sometimes, madness seems like the only possible response to the insanity of the civilised world; sometimes, holding ourselves together is not an option, and the only way forwards is to allow ourselves to fall apart. As the story of Mis shows, that madness can represent an extreme form of initiation, a trigger for profound transformation.

… Mis is the original wild woman, that archetypal madwoman who lives deep within each of us. She speaks for us all: for the rage which we cannot express, for the grief which eats our heart out, for the voices we have suppressed out of fear. This old story shows us a brutal descent into darkness during which all illusions are stripped away and old belief systems evaporate, and in doing so it suggests that the extremities of madness or mental breakdown, with their prolonged, out-of-control descent into the unknown, might offer us a path through which we can come to terms with the truth. Like other legendary geilta (the Irish word for madwomen) Mis is driven to extremity in her grief, shape-shifting into bird form, flying away into the hills and woods, growing fur and feathers, eating wild and raw food, leaving the intolerable world behind her. But a geiltcannot emerge from her madness and come back to the world until she has achieved some kind of personal transformation. Through her ordeal – her removal from society and her time spent in the wilderness – she must find a way to reclaim a more authentic sense of identity and belonging. She finds it with the help of a man; she finds it in the union of the masculine and feminine.’ 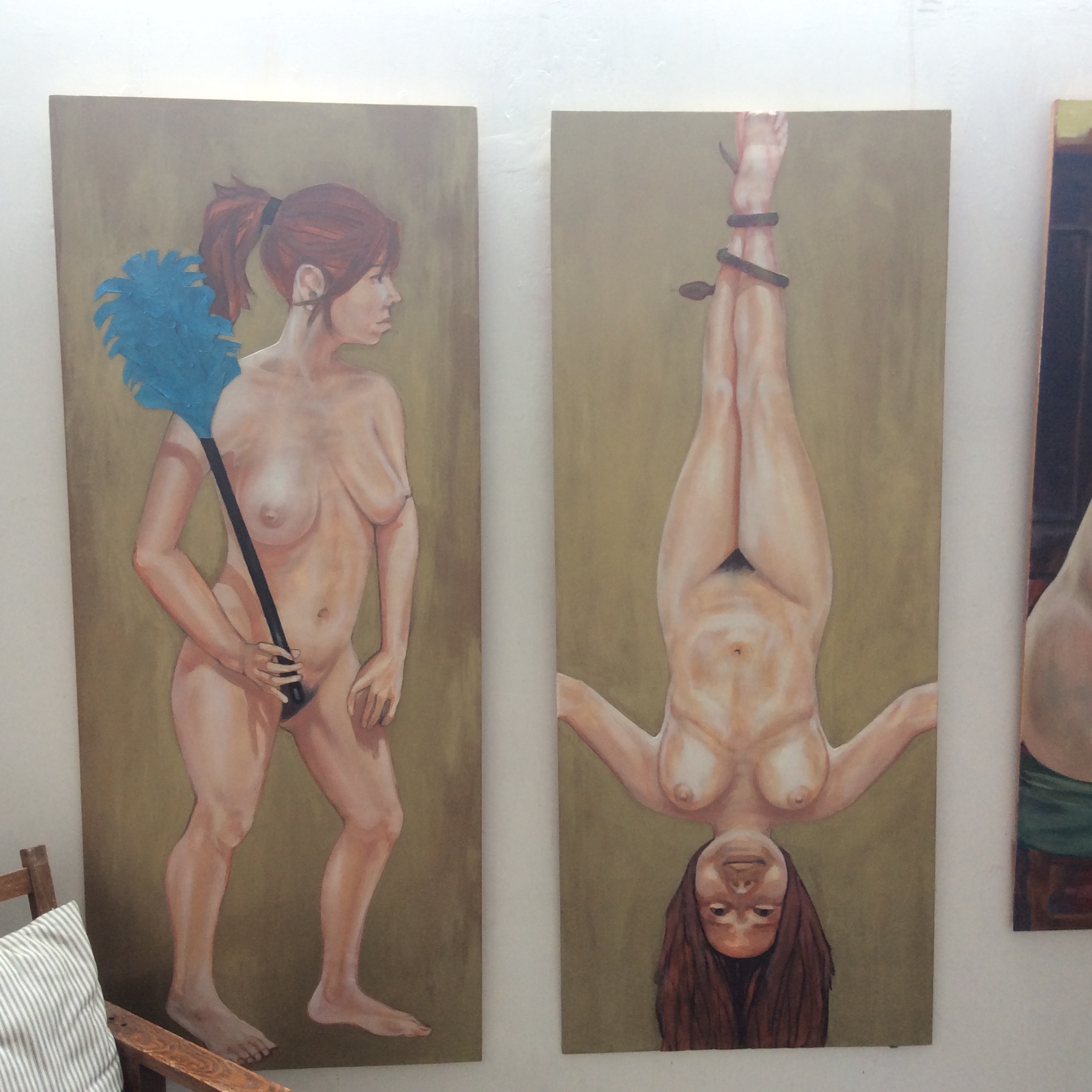